The decks of wooden boats do much more than provide a platform for the crew.

They are an integral part of the structure and the type of covering used will affect how the loading is transferred through the beams.

The covering also needs to be watertight to prevent rain water seepage which cold cause underlying structures to rot.

Minor leaks in the hull providing they are kept under control are not a great concern.

However, a leak overhead can become extremely frustrating. 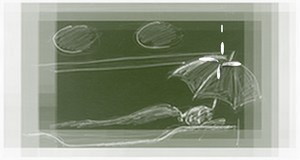 Sods law says that any deck leak will appear above the head of your bunk and will start to drip in the early hours of the morning.


Unfortunately, building this surface is not the simplest of construction jobs.


Not only is the surface made up of compound curves due to the sheer and camber but it will have numerous openings and have to cope with a considerable amount of wear and tear.

For the majority of amateur boat builders, plywood is the obvious choice as a deck covering because of its;

However, I should point out at this stage that plywood when it goes wrong can be quite disastrous.

Which, is all the more reason to only use good quality marine grade ply and make sure the surface and edges are well sealed.

While I am wary of using epoxy on a traditionally built boat and it is becoming increasingly expensive.

I would certainly advocate using epoxy to seal the edges of the plywood panels.

Because of the compound curvature of most decks, laying plywood in one thick panel can be a problem.

It will be much better to make up the required thickness in layers.

Sheets of thin ply will have enough flex to comply with most shapes.

Laminating the covering in this way also allows for substantial staggering of the joints and thus minimizing the risk of leaks.

When it comes to making patterns, try not to have any joints which align with stress points such as the corner of an opening.

And try to position joints where they can be hidden under a covering board or a king plank.

The easiest way, that I have found to make the patterns for deck panels, is with clear plastic sheet.

It wants to be reasonably stiff thick polythene sheet.

Not only can you see through it when positioning but you can easily cut it and mark out the pattern with a marker pen.

Having transferred the outline of the pattern to the panel, I like to cut it slightly over size.

If you do not have a chisel-plane, inside corners can be trimmed with a sharp bevel-edged chisel.


Its a good idea to start with the larger panels covering the ends of the deck, leaving final fitting adjustments to be made on the smaller panels such as side decks.


Fasten the panels directly on to the sheer strake / clamp and to beams and carlings.


If you plan to nail the panels, I would recommend silicon bronze gripfast nails rather than galvanized as the galvanizing can so easily be damaged when hammering and will eventually cause rust stains to show through.


My own preference for gluing layers would be a resorcinol glue, this will need plenty of weights such as sand bags to hold the top layer down during curing.


Another good alternative would be Aerolite as it does have some gap filling ability.


The glue needs to be evenly spread by squeegee or roller.

Genuine, laid teak is regarded as being the ultimate deck covering.

And certainly on a large boat they do look superb, if well done and maintained.

However, to my mind they can look a bit on the fussy side on a small boat.

And not only is this an expensive method but it does have other disadvantages.

Apart from all those caulked seams which will need to be maintained, any form of decking made up of planks running fore and aft will be lacking in athwart ship strength.

So, the framing will need extra diagonal reinforcing in the form of tie bars.

Some of these problems can be overcome by laying it on a substrate of plywood.

But you will still have a lot of work fitting the planking and nibbing the covering boards and king planks.

There are a number of imitation laid teak products available, all of which claim to be incredibly life like.

This imitation stuff is really aimed at plastic boat owners who want to pretend that they have a proper wooden boat.

Put it on your wooden boat along side some real wood and it will look like what it is, plastic floor covering, and expensive floor covering at that.

If you want to use a synthetic non slip covering there are many cheaper alternatives which do not purport to look like something they aint.

Many small boats have traditionally been decked with tongue and groove planking which was then covered with painted canvas.

This, if well done and maintained is an excellent no nonsense method.

However like the laid deck it's fore and aft strakes have little or no diagonal or cross beam strength so, it needs tie rods to strengthen the underlying framing.


Mignonne was originally constructed in this way and would have been covered with canvas.

At some time in her past the canvas had been replaced with a synthetic covering, Treadmaster.

But by the time I came to rebuild her even this had mostly gone.

So I cleaned off what was left and laid a marine grade plywood over the tongue and groove.

I spread a bedding compound of non hardening rubberized mastic over the tongue and groove and nailed the plywood panels using silicon bronze gripfast nails.

The plywood was then finished off with a good quality non slip deck paint.

Not only has this given her a durable waterproof surface but it has added to her stiffness.

It is inevitable that a wooden boat, as it works and flexes when afloat, will eventually develop leaks.

Unfortunately, because of its complex structure it is rarely easy to be sure of the source of the leak.

The drip above the head of your bunk may have entered at the other end of the cabin to deck joint.

It might be tempting to try sealing the leak on the inside but this will only either trap the moisture within the structure or divert it elsewhere.

There are patent 'medicines' which are supposed to cure creeping cracks but they rarely do more than temporarily stop minor leaks.

The only true cure will be to strip off and re-caulk / seal all those deck / cabin side moldings, seals around portlights or even the covering boards if that is where the leak is likely to be.

In the meantime you can always sleep under that umbrella.

Deck Covering
Love the comment about fake teak being for plastic boaters who want to look like a wooden boater. Thinking about it you really are spot on. Will …

Striping Plywood Laminate Deck
1957 Cadillac cold moulded hull with veneer deck. Factory stripping on deck needs to be redone post sanding. There are no seams or caulk since …

Deck Crown
I was reading a book and he mentioned some thing about "deck crown" what exactly is deck crown? Thanks

stripping wooden decks to reasealing
The decks are pine tgv which have what looks like to to have been covered in a resin soaked material. This has cracked in places and rain water has been …

What is best to do with a worn teak deck?
I have a boat with a teak deck on which so much material has worn away that the grooves are no longer deep enough to hold the caulking. I understand …

Mourne Lass
The 'Lass' is a an ex-MFV, which we are working on in an attempt to give her a new lease of life in her retirement. We need to replace the 60 year …

Every man's work, whether it be literature, or music or pictures or architecture or anything else, is always a portrait of himself.
(Samuel Butler, 1612-1680)