A funny thing happened on the way to the boat yard.

Beware of the boat yard comedian.

Funny thing is, that although they say that humor is infectious, it is also the best medicine.

And best of all, this priceless medicine is fun, free, and easy to use.

So, I hope this random collection will not only amuse but help to lighten your burdens, inspire your hopes, keep you grounded and reduce your stress.

Do you know a good boating joke?

Or a funny yarn? 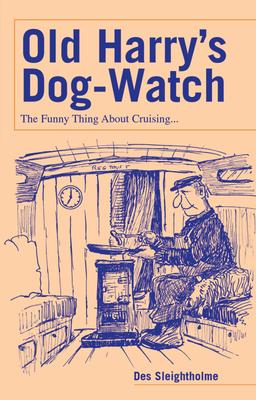 to Search for books by Des Sleightholme from an Independent Book Shop Near You. 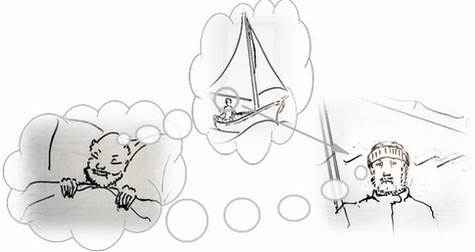 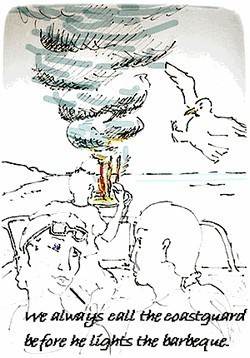 "I need a new dipstick for my boat's engine."

"But what has happened to the old one?"

"It must have shrunk 'cause it does not reach the oil any more."

"Why did they transfer you off that submarine?"

"I had a habit of sleeping with the window open." 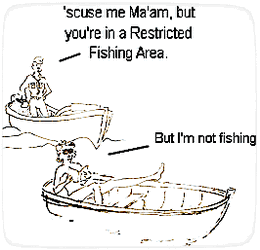 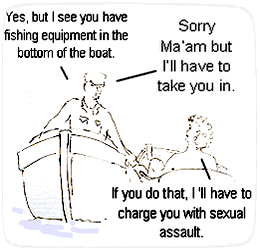 "Never test the depth of the water with both feet." 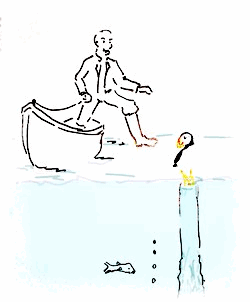 Because they can handle high seas. 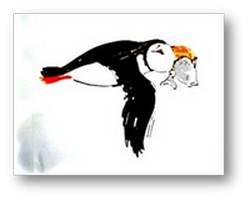 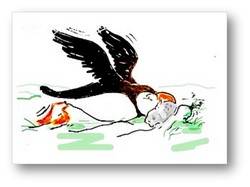 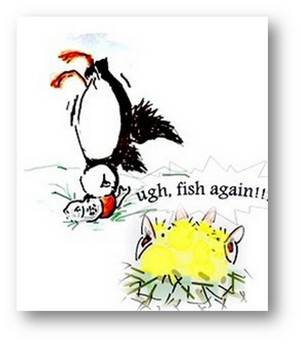 Thanks to the GPS you know where you are, you can check your position against the sextant, see the difference, note any little errors, gradually correct them and become almost as good as the GPS itself.
(Bernard Moitessier) 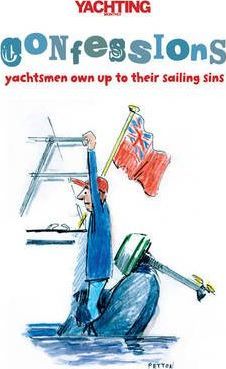 to Search for books from Yachting Monthly from an Independent Book Shop Near You. 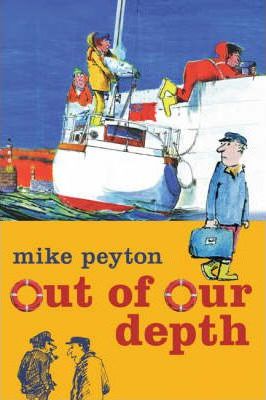 Are the lands where the Jumblies live;

Their heads are green, and their hands are blue,

And they went to sea in a Sieve.

(The Jumblies by Edward Lear) 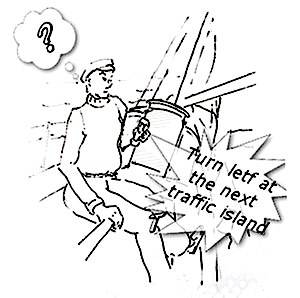 The enraged female crew member complained to the skipper's wife.

"Your husband keeps trying to hold me and kiss me," she complained.

"Oh sure, honey," said the wife, "he was like that with me when we first got married. But do not worry, he soon gets over it. ” 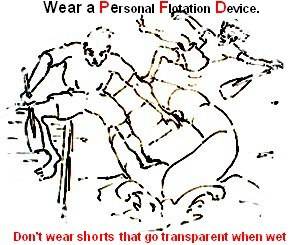 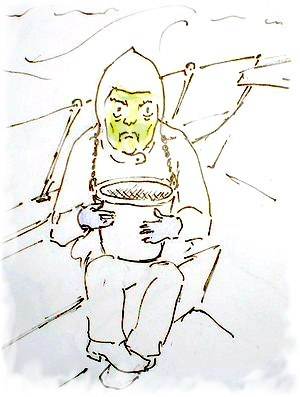 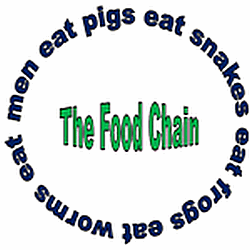 Oh I have to go down to the sea again

To sail o'er the wind and the surf

Though I'm not all that keen

If you see what I mean

But I must get my money's worth. (Des Sleightholme)

A thirsty sailor runs from his boat to the nearest bar and shouts to the bartender, "Give me twenty shots of your best scotch, quick!"

The bartender pours out the shots, and the sailor drinks them as fast as he can.

The bartender is very impressed and exclaims, "Wow. I never saw anybody drink that fast."

The sailor replies, "Well, you'd drink that fast too, if you had what I have." 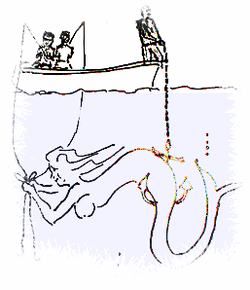 Give a man a fish and feed him for a day.

Give him a fishing lesson and he'll sit in a boat drinking beer every weekend.

Two guys are fishing in a boat under a bridge.

One looks up and sees a funeral procession starting across the bridge.

He stands up, takes off his cap, and bows his head.

The procession crosses the bridge and the man puts on his cap, picks up his rod and reel, and continues fishing.

The other guy says, "That was touching. I didn't know you had it in you."

The first guy responds, "Well, I guess it was the least thing I could do, after all I was married to her for 40 years."

"To the question," When were your spirits at their loest ebb? "

the obvious answer seemed to be.

"When the gin gave out. 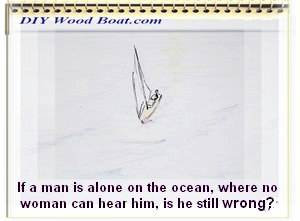 “In rough seas, sometimes it's too dangerous to boil water. But as I'm a girl, my nutritionist acknowledges that I have to eat chocolate each day! ” (Samantha Davis)

"There is nothing so distressing as running ashore, unless there is also doubt as to which continent the shore belongs."
(Lecky)

Is that supposed to be funny?

Did you think it was funny dear?

Not as funny as that Puffin above.

Well I think its funny.

What's the difference between a lawyer and a dock line?

"There is but a plank between a sailor and eternity."
(Thomas Gibbons)

A fisherman was lying on a beautiful beach, with his fishing pole propped up in the sand and his solitary line cast out into the sparkling blue surf.

Along came a businessman came walking down the beach, trying to relieve some of the stress of his workday.

He noticed the fisherman sitting on the beach and decided to find out why this fisherman was fishing instead of working harder to make a living for himself and his family. "You aren't going to catch many fish that way," said the businessman to the fisherman, "you should be working rather than lying on the beach!"

The fisherman looked up at the businessman, smiled and replied, "And what will my reward be?"

"Well, you can get bigger nets and catch more fish!" was the businessman's answer.

"And then what will my reward be?" Asked the fisherman, still smiling.

The businessman replied, "You will make money and you'll be able to buy a boat, which will then result in larger catches of fish!"

"And then what will my reward be? "asked the fisherman again.

The businessman was beginning to get a little irritated with the fisherman's questions." You can buy a bigger boat, and hire some people to work for you! "he said.

" And then what will my reward be? " repeated the fisherman.

The businessman was getting angry. "Don't you understand? You can build up a fleet of fishing boats, sail all over the world, and let all your employees catch fish for you!"

Once again the fisherman asked, "

The businessman was red with rage and shouted at the fisherman, "Do not you understand that you can become so rich that you will never have to work for your living again! You can spend all the rest of your days sitting on this beach, looking at the sunset. You will not have a care in the world! "

The fisherman, still smiling, looked up and said, "And what do you think I'm doing right now?" 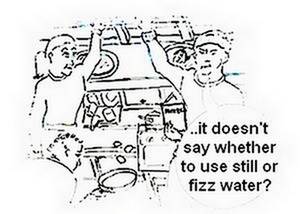 A cruising couple are wrecked and drown, they find themselves at the Pearly Gates, where their lines are taken by St. Peter himself.

"There doesn't seem to be much record of you, good or bad," he says.

"So, I'm going to let you decide for yourselves whether you go to heaven or hell.

First let me describe them for you.

On the one hand, you could spend eternity in cramped quarters, your beds a few inches shorter than you are tall, your food and water always rationed, and a shower something you could only dream of. "

" And what about hell? "The couple asked.

Charlie died.
So Susan went to the local paper to put a notice in the obituaries.

The gentleman at the counter, after offering his condolences, asked Susan what she would like to say about Charlie.

The gentleman, somewhat perplexed, said, "That's it? Just 'Charlie died?'
Surely, there must be something more you'd like to say about Charlie. If it's money you're concerned about, the first five words are free. We really should say something more. "

So Susan pondered for a few minutes and finally said , "OK, then. You put ' Charlie died. Sailboat for sale'.

Part B, Section I, Rule 5
Every vessel must at all times keep a proper look-out by sight, hearing and all available means in order to judge if risk of collision exists.

"Radar seems to be on the blink..
But don’t panic!!
The GPS says there is clear water ahead, the fish finder says we have plenty of depth, the iPad Ap says we are on course……."