There are many reasons why the VHF marine radio is and will remain the most commonly used communication system afloat.

So, anytime you go boating make sure you have a Very High Frequency set with you. 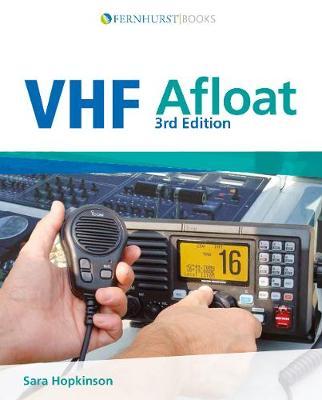 to Search for books on VHF for Boats from an Independent Book Shop Near You.

It will allow you to communicate quickly and easily with the coastguard or another boat if you get into difficulty.

Also, safety information, like weather and navigational warnings are broadcast over VHF by the coastguard.

However, VHF has a limited range so, anyone planning to travel well offshore might want to consider purchasing a more sophisticated communication system as well. 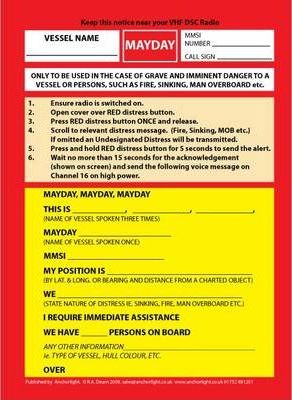 The International Telecommunications Union (ITU) refers to this as the "VHF Maritime Mobile Band."

Marine VHF radios both transmit and receive and are often called a transceiver.

When you depress the PTT (Push to Talk) button, the radio becomes a transmitter when you release the button the radio reverts to being a receiver, it cannot be both at the same time.

In an emergency, DSC makes the sending of important information about your situation easy, simply at the touch of a button.

But whatever type of VHF radio you have, as long as it is tuned into channel 16, you should be able to communicate with the rescue services.

And if they can hear you they will know that you are within their area.

A VHF radio is not just for emergencies.

All harbour authorities and marinas use VHF systems to communicate to vessels, and they will always respond to a radio call where a phone might be ignored.

This makes it much easier for everyone, whether it is booking a berth, checking if the fuel pontoon is open, or for advice about where to moor up.

So much easier than having to find then dial a phone number, and unlike mobile phones, VHF radio does not rely on network coverage to work.

Mobile phones you can easily lose connection when you are a mile or so offshore.

And while most VHF radios are now totally waterproof very few mobile phones are.

However, for idle chatter between boats it is best to use a mobile phone, providing you know the number, as it will help keep the airwaves free for the important stuff.

Handheld VHFs are perfect for small vessels that don’t have their own built in power supply, eg.batteries and charging.

They also make for an excellent back-up to a fixed radio as they will operate independent of the vessel's main power source and the vessel's normal antenna.
.
And of course their smaller size and portability means that they can popped in a pocket to be used anywhere on board, handy for single handers.

And they can also be useful for crew to use in tenders or in dinghies.

Handheld VHF radios work in almost exactly the same way as their fixed-mounted equivalents, and many of the features are shared.

Manufacturers often even follow the same operating protocols to help users who use both types regularly.

The main disadvantages relate to the batteries and the antennas.

The power output is much lower than with a fixed set, which restricts range and the limited battery life will affect how long the equipment can be used.

The stubby antenna makes the set easier to put it in your pocket but will have a much shorter range than a whip antenna.

However there are some sets which have interchangeable ‘stubby’ or ‘whip’ antennas.

For any vessel with battery power and a charging system, a fixed mounted radio is usually the first choice.

A fixed mounted radio will provide a much higher maximum power output and therefore range, than a handheld VHF.

And of course the ship’s batteries, assuming that they are in good order, will power it for much longer.

While the basic radio functions are the same as handheld radios, the controls are normally larger and easier to use, and have a larger LCD display.

Many waterproof sets are now available for installation in open day boats such as RIBs.

And most now come with DSC (Digital Selective Calling) which simplifies the distress calling procedure. 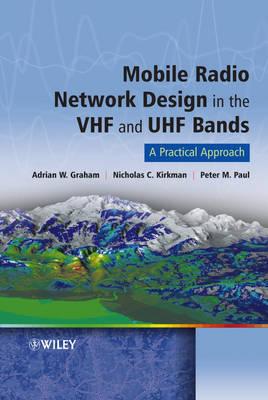 to Search for books on VHF for Boats from an Independent Book Shop Near You.

The main disadvantage of VHF radio is its relatively short range.

But on the other hand, VHF does offer plenty of positives, such as good sound quality and less atmospheric interference.

And the relative low cost and small size of sets and ariels puts them within most boaters price range.

It is more or less true say that VHF radio is a 'line of sight' transmission, if you can see it, then you should be able to communicate with it.

Or perhaps it is more true to say that if the antennas can see each other they should be able to communicate.

While VHF radio waves can bend slightly along the earth’s surface, it is easier to think of them as traveling in a straight line.

So, the higher you can place your VHF antenna the further it can see over the earth's curvature.

And if the station or vessel you wish to communicate with also has high mounted antenna that will also add the range.

The yacht can communicate with the shore mast but not the motor boat as it is below the horizon.

The following formulas will give a simple guide to how range (distance to the horizon) is affected by Antenna Height.

Or, distance (range) in nautical miles = 1.23 x Square Root of your Antenna Height in feet.

So, for example, a sailboat with the antenna 18 feet above the water can potentially transmit about 5.2 miles, to the horizon.

But that doesn’t take into consideration the height of the antenna of the station you wish to communicate with.

For example a shore based station such as the coastguard may have an antenna height of say 60 feet, the distance it can transmit to the horizon will be about 9.5 nautical miles.

This will give the above two examples a potential combined range, between the two antennae, of 34.1 nautical miles.

But don’t forget that Radio waves can be reflected or even blocked by a large solid objects such as a headland or a harbour wall.

Also keep in mind that the typical marine VHF antenna is designed for what is called ‘vertical polarization’.

This means that your antenna should be mounted perfectly vertical, any angle beyond vertical will lessen the performance of your radio signal.

As mentioned earlier, under many circumstances some bending of VHF radio waves occur, however slight.

Regardless, VHF is still considered to be line of sight radio.

What this means is that if your antenna cannot see the antenna of the vessel you want to communicate with, chances are your signal will not reach them.

It also means that if there are any intervening obstructions, your signal will also fail to reach its destination.

If you were shining a torch on an object at night and someone stood between the torch and the object the object would no longer be lit..

Likewise, if you were listening to a VHF broadcast on your boat and someone moved a mountain between you and the transmitting antenna you would no longer hear the transmission.

So, basically, to communicate effectively using VHF, you should have a clear line of sight to the station you are communicating with.

The fixed VHF sets available to the average boater have a maximum transmitter power of 25 watts.

25 watts is more than enough output power for a line of sight radio to overcome any normal interference and provide effective communications over a distance.

Clearly, the more power you are able to send to the antenna the further your signal will reach.

However, that amount of power is far too much over a short distance.

So, most sets have a switch which allows the output power to be reduced to 1 watt for short range communications.

Reducing the power of your radio to 1 watt for short distance communications is a simple courtesy.

Blasting out 25 watts  while, for instance within a marina, will blanketed that frequency preventing anyone else using it.

Some of the newer VHF’s have software installed that limits the output power to 1 watt automatically on certain frequencies, such as Channel 13, that are normally only used for close communication.