Most weather sayings are of excellent value for short range forecasting.

While they are usually based on close observations they often have valid scientific explanations.

However, there are some sayings that may be true to one locality, perhaps due to the topography but not be valid in a different area.

And they are rarely valid for more than the next few hours. 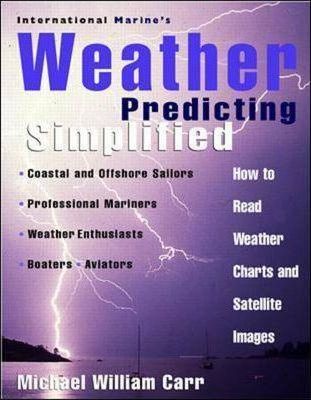 This is a perennial weather saying that nearly everyone knows.

When the sun is low in the sky at dawn or dusk the rays are shining through more of the lower atmosphere.

And it is the dust and pollution in this layer which, filters out the violet and blue light, leaving mostly the reds and oranges.

When the atmospheric pressure is high the lower air holds more of these contaminants.

And as the weather, in the mid-latitudes of the northern hemisphere normally moves from west to east, the high pressure out to the west, in the evening is most likely coming your way.

Whereas the red sky in the morning indicates the high is now out to your east and so has passed, therefore low pressure is approaching.

Another weather saying based on evidence.

Mackerel or fish scale cloud formations are high, thin cirrocumulus clouds that that tend to appear in advance of an approaching storm system or front.

So, it’s a good guess that it will soon be raining.

'Mare’s tails' is a term used to describe those wispy, high, cirrus clouds that are caused by strong winds high in the air.

So it stands to reason that if you have a Mackerel sky and mares' tails together, it is going to be wet and windy.

When there are no clouds to obscure the moon it also means that there is no cloud blanket to retain any heat that the earth absorbed during the day so, the surface will cool rapidly on a clear night.

A Ring Around the Sun or Moon, Means that Rain will Come Real Soon.

The ring or halo which you see around the moon is caused by the light being refracted through cirro-stratus ice crystals.

The presence of these ice crystal clouds is often a sign that a weather front is on its way probably bringing rain and the brighter the circle, the greater the possibility. 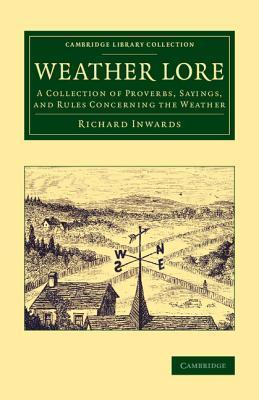 to Search for books on Weather Lore from an Independent Book Shop Near You.

If the New Moon Holds the Old Moon in Her Lap, Expect Fair Weather.

When you look at a new moon and can see the outline of the rest of the moon (the old moon) that which in shadow, the air must be clear and stable enough for us to see faint objects in the sky.

So, it means that the weather is fair and is likely to stay that way for a while.

A Rainbow in the Morning Gives You Fair Warning.

In the morning, in the northern hemisphere a rainbow out to the west is caused by the sun in the east refracting on water droplets to the west.

And that moisture in the air will be heading east towards you.

When Ropes Twist, Forget Your Haying.

I don’t know of a sailor’s equivalent to this weather saying, possibly because ships’ rigging is often wet, regardless of the weather.

It comes from the fact that natural hemp ropes have a tendency to twist as humidity rises.

These Weather Sayings are not the only signs that can forewarn us of changes in the approaching weather.

Most animals are receptive to environmental changes that we humans have mostly lost the ability to notice.

Seagulls, which normally scavenge at the waters edge or offshore, will be found well inland during stormy weather.

And other birds seem to adjust their flight levels according to barometric pressure, flying lower as the pressure drops.

Though there are also those humans who will warn you by moaning, as their corns or bunions, bones, bad teeth, or old wounds start to play up when the barometric pressure drops.