Knots Every Boater Should Know.

Here are a few of the most useful knots which any boater should have a working knowledge of.

Don’t be a lubber, learn to tie your lines correctly.

I have included links, at the bottom of the page, to a couple of sites with animated instructions, just in case you find my drawings confusing.

There are a couple of terms which are used when describing how to tie them.

Round turn and two half hitches. 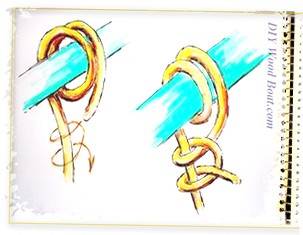 Round turn and two half hitches

This is a handy and simple way to quickly tie up to a mooring ring or stanchion.

Just remember it is a full round turn before the two half hitches.

The anchor hitch is a variation on this, where the bitter end goes under the round turn before making the two half hitches. 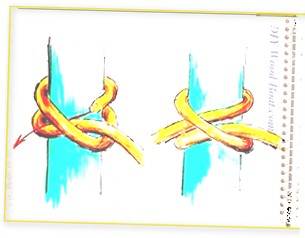 This is a quick hitch for tying a rope around a post or spar.

It can be used to tie fenders as it is easy to adjust. 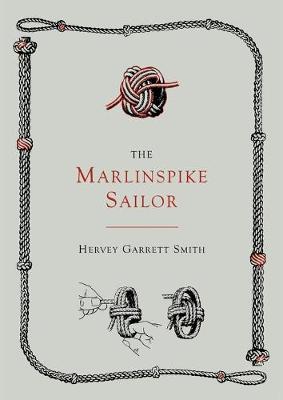 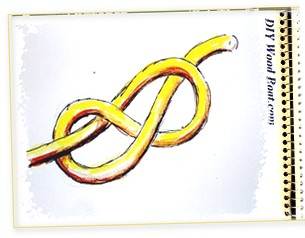 Put a figure of eight on the end of all your running rigging to prevent the ends running out through blocks or cars. 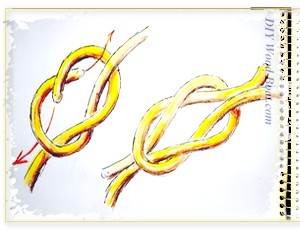 Traditionally used when tying up reefed sails to their spars.

This is a neat tie which works well under tension.

Do it properly otherwise you will end up with a granny knot which is pretty useless. 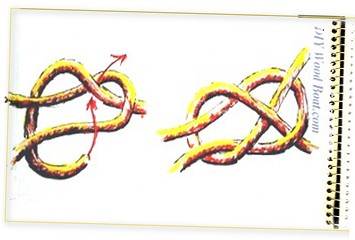 This is the way to tie two dissimilar types of rope together.

It is especially useful for differing thicknesses of rope. 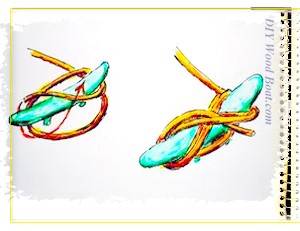 When cleating off always take a full turn around the base of the cleat before starting he figure of eights.

The normal method of locking the turns is to pass the bitter end under the top strand.

However if you finish with a full turn then jerk on it, the bitter end will lock itself under the turns.

This will be just as secure as a locking turn and be simpler to un-cleat. 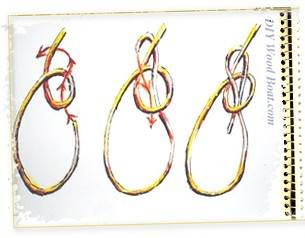 If you can’t tie a bowline then you can’t call yourself a sailor.

It is quite quick and easy once you get the hang of it.

This is the best way to tie a loop which doesn’t slip or jam.

You will find innumerable uses for it. 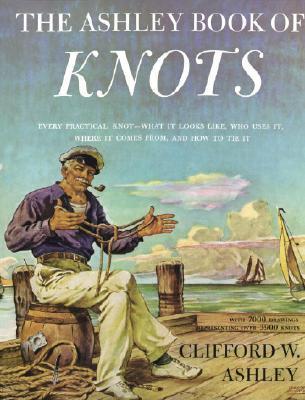 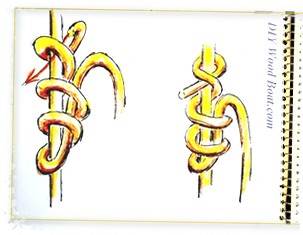 This is similar to the clove hitch but with at least one more turn.

It is useful for taking the strain off another line.

It will easily slide along in the direction of the bitter end but will jam when pulled from the other direction. 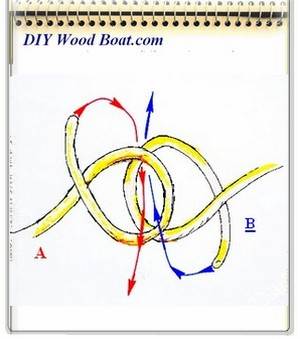 Here is a much neglected method for tying two ropes together.

Not only is it easy to tie but it is very secure, both under load and slack.

It is jam proof and can be used to tie differing ropes together.

I'm told that it is so called because it was the preferred knot used to tie down the airships of that name.

Make a bite (loop) in the bitter end of each rope.

Place loop A on top of loop B.

Pull tight and you've got a secure neat symmetrical knot. 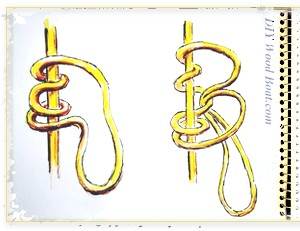 This is another friction hitch.

It is, apparently used mainly by climbers.

I have climbed my mast using two strops tied with prusiks to the main halyard. 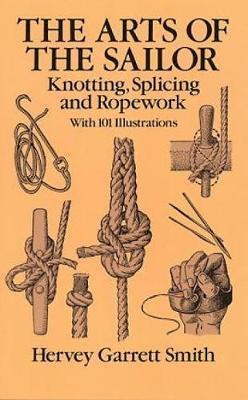 Stand in one loop as you push the other up the halyard then reverse the procedure.

It isn’t easy but it does work.

I've shown it here as a closed loop but it doesn’t have to be a loop and the knot can be used in many other situations where a friction knot is required.


The advantage of the prussic is that it is easy to tie and will slide easily in either direction until pressure is applied to the loop.


It is tied by wrapping the loop around the ‘halyard’ several times and then back through the centre of itself.

There are some things that cannot be learned quickly, and time, which is all we have, must be paid heavily for their acquiring.

They are the very simplest things, and because it takes a man's life to know them, the little new that each man gets from life is very costly and the only heritage he has to leave.
(Ernest Hemingway)