The Dipping Lug Sail is one of the most efficient and cheapest, types of sailing rig especially for small sailboats.

However, it is less used than either the standing lug or the balanced lugsail because of the need to 'dip' the rig on each tack.

Having to 'dip' the sail means that this rig does not suffer from the 'bad tack' of the other two, where the sail is pressed against the mast.

It is possible to tack and leave the sail on the windward side of the mast, she will still sail but the speed will drop, which might not be such a bad thing in a crowed anchorage. 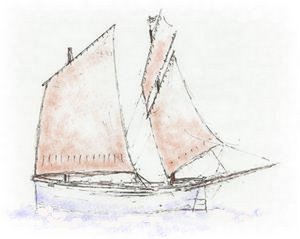 However, close hauled or on a close reach, the curve of the dipping lugsail is a thing of efficient beauty producing great power with seemingly little effort.

Traditionally this rig was used by boats where short tacking wasn't the norm as it is a grand sail for running free.

And the simplicity of the rig and the lack of gear as well as the ease with which everything can be unshipped made it an excellence sail rig for driftnet fishing.


Having caught their fish the next priority was a powerful rig to get the catch home to market as quickly as possible. 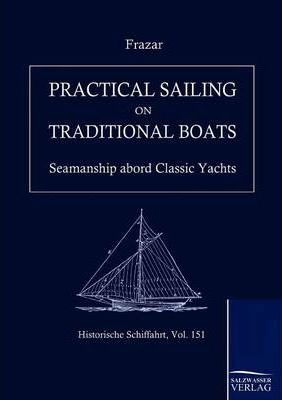 to Search for books on Sailing Rigs from an Independent Book Shop Near You. 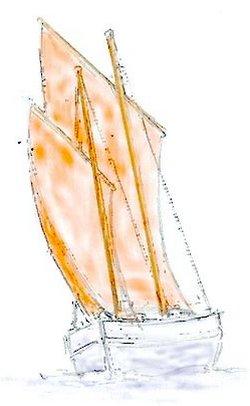 With some of the larger boats the sail would be lowered to the deck, unhooked from the traveller, hooked up to a Burton stay, and then swung around to the other side of the mast.

The traditional method for tacking the dipping lug is to lower the sail as she comes through the wind, cast off the tack tie down, carry the sail and yard around to the new leeward side of the boat, reattach the tack line and re-raise the sail.

If done smartly enough this can be accomplished in time to settle on the new tack but that is a lot of work where short tacks are needed.

As this process could be dangerous in rough weather, some of the larger boats would carry two sails one on each side of the mast, so one could be raised as the other was lowered.

Some boats would also have a variety of tack tie down positions to suit varying conditions. 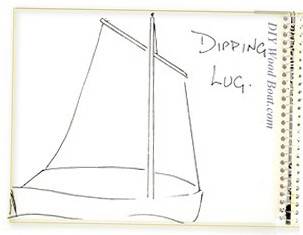 Because the dipping lug is only attached to the mast at the yard, the tack and the sheets the sail makes a great sweeping curve from the forward end, around the mast and back to the clue.

There is nothing in front of the sail to interfere with the flow of air.

Because there is no boom to hold the foot of the sail out, it does lose some efficiency when sailing off the wind.

However, on a multihull, even this disadvantage can be overcomea by using a curved traveller track that keeps the sheet at the correct angle all the time,

Now if we are to talk of efficiency in relation to cost, ease of building and setting up then lug sails generally are far and away better than the conventional Bermudan sail.

Properly designed and set up the lug rig can be very nearly as efficient as any Bermudan particularly when on a run.

But the monetary savings on blocks, vangs, rigging wire, rope, etc, etc can be enormous.

And the whole rig and sail can be built by any competent DIYer.

“The only ship you can truly steer in this ocean is the one you're sailing.