The Restoration of Mignonne

This is how I came to begin the wooden boat restoration of 'Mignonne'. 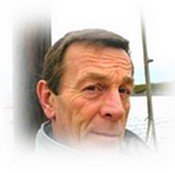 Many years ago, in the boat yard where I kept a previous boat, there were a couple of lovely old sailing cruisers, which had been abandoned, for whatever reasons the owners had left them to rot.

One in particular had clearly been a little gem in her hayday.

I kept hoping that someone would buy her and restore her to her former glory.

Back then, I had neither the time nor the courage to take her on. Then one day the yard owners took a chain saw to her! Along with several others, she was destroyed to make room, on the hard for paying customers.

I guess the memory of that little boat being chopped up was in the back of my mind when I first set eyes on Mignonne.

I had just sold Piffy, my previous boat. She was an Invicta 27, a lovely little boat, not only did she look good but she sailed good as well. I loved her dearly.

However, after four years cruising together, she was getting to the stage where she needed some serious attention.

Unfortunately, she was of glass fiber construction and I’m afraid that I hate working with epoxies.

I always end up in a mess.

Besides, I really wanted another wooden boat if only for aesthetic reasons.

The other problem with Piffy was the lack of standing headroom.

Therefore, having sold her I was on the look out for a wooden boat with full standing headroom.

As I’m a single-hander, I was after something similar in length to Piffy.

Then I came across the wreck of the Mignonne.

The photograph below only show some of the damage that I would need to repair.

So why did I take her on?

First, I must admit that there was a certain amount of gut instinct involved, there was just something about the shape of her hull that appealed to me. 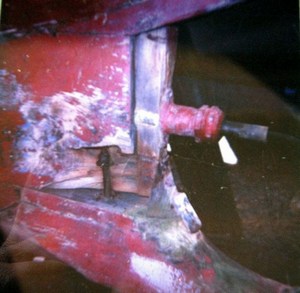 However, Mignonne also had the potential to fulfill my requirements and she was cheap.

I wanted a sailing cruiser, one which would be easily handled by an aging single hander.

As I was looking to my future plans to go off cruising on a long-term basis when I reach retiring age.

So a long keel, not too big, comfortable both for living as well as for being reasonably stiff and good load carrying ability.

Speed was not a priority however, looks were. 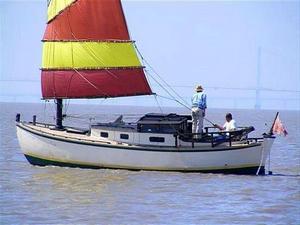 The beauty of buying a restoration project was that it allowed me to fit out to my own requirements.

Most boats are fitted out to accommodate a couple with two point five children.

I had no need of more than one bunk.

It’s not that I’m a misogynist just that the chances of a young nubile subservient bimbo wishing to sail with a silly old fart like me are so remote that I have discounted the possibility.

The other thing I wanted was a covered position from where I could keep watch in the warm and dry especially at night and when it is cold and damp.

It would also be somewhere protected where I could sit at any time yet be able to see what was happening around when moored up or at anchor.

I had no illusions about the amount of work that the restoration would involve.

I did have some reservations about my ability to do the job, as I’m neither a shipwright nor a carpenter.

As can be seen from the photos she had been badly neglected and had suffered some structural damage. 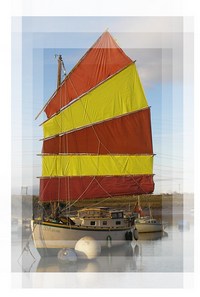 Another aspect of taking on a rebuild was the notion I had of being self-sufficient in that I would develop the skills and the knowledge to be able to repair and maintain the boat without having to hire so called expert assistance.

It wasn’t until I had started the rebuild that I decided to convert her to junk rig.

Fortunately, I was still working on the hull repairs and hadn’t touched the decks, so I was able to plan the moving of the partners into the renovation.

I must admit that my decision to buy Mignonne may also have been influenced by her being in the boat yard belonging to Milford Haven Marina.

Milford is situated near the mouth of the River Cleddau, at the extreme end of southwest Wales.

The Milford Haven Waterway is the largest estuary in Wales.

Its sheltered, tidal waters are surrounded by a diverse 200-mile coastline, which provide habitats for an abundance of wildlife as well as being a beautiful place in which to sail.

On his visit to the town in 1802, Admiral Lord Nelson was heard to remark that he thought it was one of the great harbours of the world.

What is more the marina is within the Milford docks.

This is not just a parking lot for plastic pleasure boats but is also a working harbour.

Fishing vessels from all over Europe call to unload their catch.

There is also a dry dock that can accommodate vessels up to 140 meters in length and 19 meters in beam.

Vessels as diverse sail training ships and coastal tankers use this facility for refit work and repairs.

It is not unusual to see one of the smaller ‘tall ships’ tied up to the harbour wall.

All in all, it was a wonderful place to spend my weekends. I even managed to get some work done on Mignonne. And I made some very good friends while there.

My office on board "Mignonne" when she is moored in St Pierre Pill. 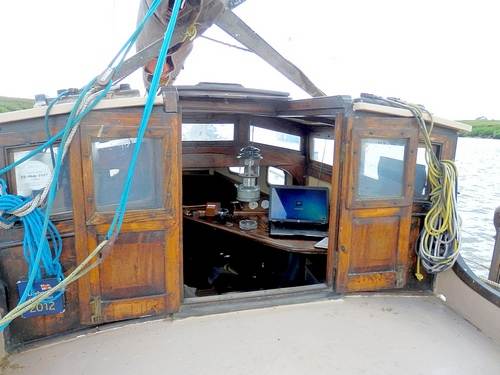 And some of our neighbours.