A Tasmanian Plywood Boat, some background information on the building of Andrew’s Malahini.

Andrew has a Picture Framing business, Just Frames and also custom designs and makes furniture at Made by Magic in Hobart.

Andrew lives in Tasmania where some of the most beautiful timber is grown, so he is using Tasmanian Myrtle veneer to clad his Mahalini.

An ideal choice for a Tasmanian Plywood Boat.

Tasmanian Myrtle (Nothofagus cunninghamii) is the dominant tree of the Tasmanian rain-forest.

It grows mainly in the moist temperate forests and sheltered parts western and north-west Tasmania.

The heartwood ranges from pale pink through to browns and deep purples.

The grain is very fine often with beautiful ‘fiddleback’ figuring.

The color ranges from soft pink to streaks of dramatic orange.

Back to Top of Page. 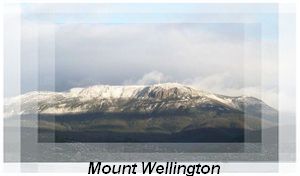 Tasmania is the heart-shaped island to the south west of mainland Australia.

Australia's only island state is one of the world's most mountainous islands.

Its lush green valleys, serrated peaks and coastlines enjoy a mild climate with a regular rainfall, varying from around three meters a year on the west coast to less than 20 centimeters in the east.

Situated within the Roaring Forties of the Southern Ocean the Tasmania has some of the cleanest air in the world.

Hobart, Australia’s second-oldest city and southernmost capital, lies between the foothills of Mt Wellington and the Derwent River.

Hobart’s wealth and success was built on being surrounded by water which, allowed ships and boats to travel right into city center.

Hobart Tasmania is home to The Australian Wooden Boat Festival which is hosted in Sullivan’s Cove, Hobart.

This show is gearing up to be bigger than ever with the next year on the 11th to 14th February 2011.


Back to Top of Page.

Malahini is just one of the plywood boat designs which Glen-L marine have been producing specifically for the beginning DIY builder since 1953.

They can supply plans for virtually every type of boat and have published six books written by their own staff particularly on plywood boat building.