I thought you would like to see some pic's of my 8ft Classic ‘Squadron’ Clinker Dinghy that I have just recently completed.

I have had numerous traditional and modern boats over the years that I have worked on but until now hadn’t built one.

The plan has 8ft ‘Squadron’ Dinghy as the design.

I presume that this was a common design in New Zealand, which was adapted to suit the size of boat that was to be built.

I was given the plan by a retired boat-builder who also gave me advice on the build.

The dinghy is also the perfect fit for my boat-shed which is located on the Pauatahanui Inlet, which is part of the Porirua Harbour.

Lying 30K north of Wellington, New Zealand, Porirua Harbour, is an area of shallow, sheltered water ideal for small yachts and board sailing.

And Pauatahanui Inlet is the most extensive area of relatively unmodified estuarine water in the southern part of the North Island.

She could have been built a lot faster but I was enjoying the building process and didn’t really want to finish it too soon.

She is planked in Island Kauri and the timbers are White Oak with Teak used in the rowlock blocks and cleats. 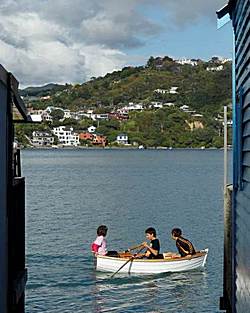 The Maori have used Kauri timber and its gum for building canoes for thousands of years.

Early European settlers soon found the trunks of young kauri were ideal for ships' masts and spars and that the sawn timber from mature trees was of unsurpassed quality for boat building.
~~~~~~~~~~~~~~~~

She has been copper roved and then finished off with eight coats of paint and varnish. 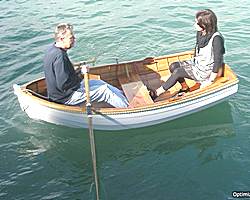 As you can see she rows really nicely and is stable in the water. 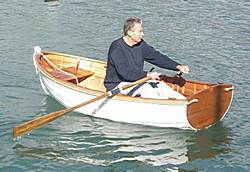 I enjoyed her building so much that I have just finished the stem and keel on another dinghy of the same design.

I have add pictures below that hopefully will give a good idea on how the build progressed. 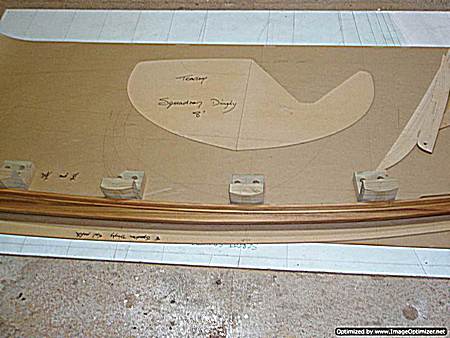 Here are a couple of pics of the stem and keel that I’m working on at the moment. 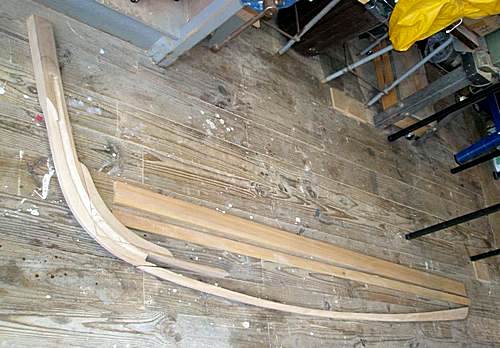 These are laid up on the plan and clamped and glued into shape using blocks that are screwed down onto the plan to get the correct shape. 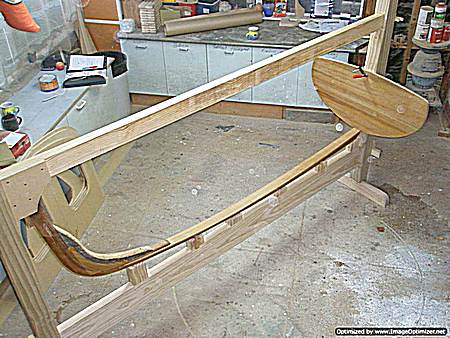 The stem is made in three pieces and epoxy glued together using resin and glue powder mix. 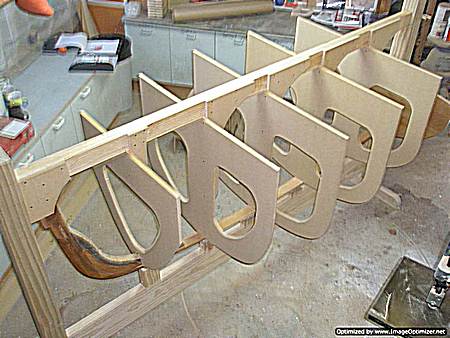 The stem was then marked and the rabbet is chiselled out.

The keel was also made in three pieces and shaped to fit into the stem. 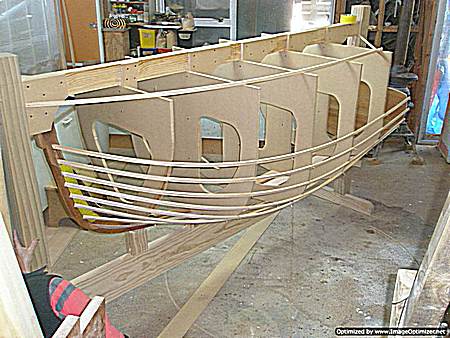 All the planks were steamed to shape fitted into place so they would take shape. 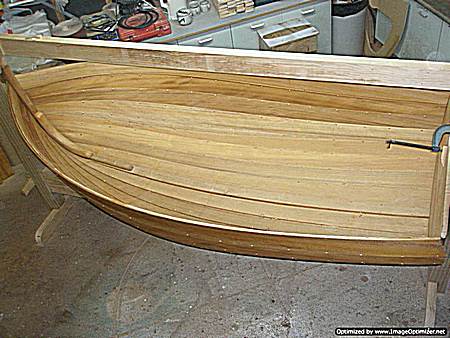 The following day they were removed sanded and the bevel line marked. 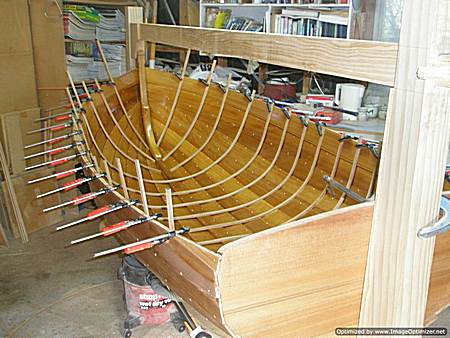 They were then coated with two pot Altex Epoxy Timber Sealer before being refitted and copper roved. 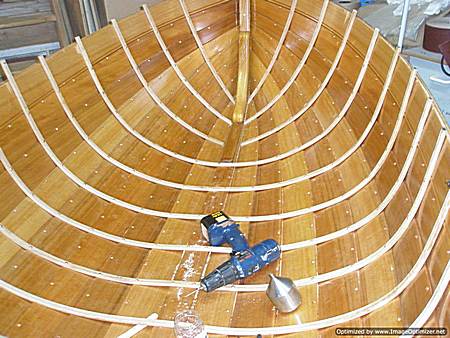 Were the plank fits into the stem rabbet it was epoxy glued and a couple of temporary screws are fitted to hold it in place, these are removed the next day before it cures. 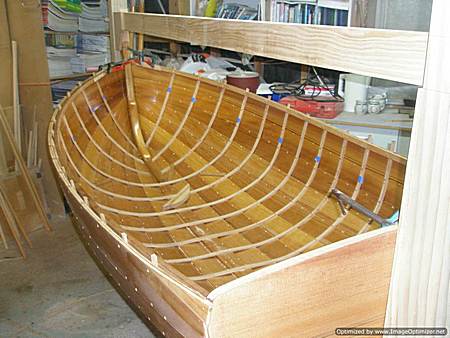 The garboard plank is copper roved up threw the hog and epoxy glued only at the stem and on to the transom. 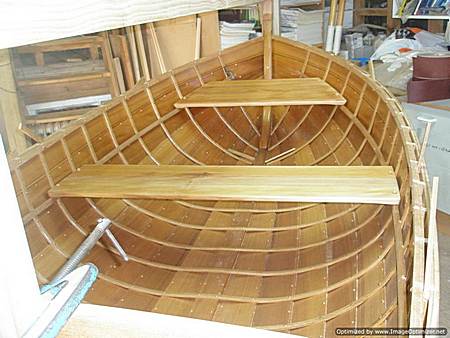 The ribs were also steamed and fitted into place to take shape before being copper roved the following day. 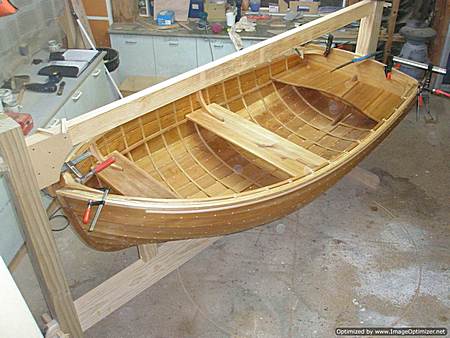 Before painting she was removed from the jig, turned over and the copper nail heads that are counter sunk were plugged with epoxy which was faired off before painting.

On the outside of the hull there are two coats of primer and eight finish coats of single pot "Altex" marine paint.

The interior and transom has also had eight to nine coats of single pot "Altex" varnish, I have used single pot paint and varnish so it will be easier to remove in the future than the two pot mix.